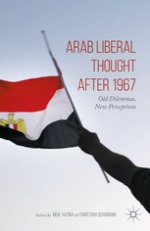 This volume aims at confronting the image of the Middle East as a region that is fraught with totalitarian ideologies, authoritarianism and conflict. It gives voice and space to other, more liberal and adaptive narratives and discourses that endorse the right to dissent, question the status quo, and offer alternative visions for society.

"This innovative work provides an important perspective of how liberal thought and Islamic practice interacts in Middle Eastern life. The nuanced examination of the variety of liberal expression is a must read for anyone interested in understanding how abstract liberal principles are contextualized to expand freedom and democracy in the Middle East." M. Hakan Yavuz, University of Utah, USA

"While many scholars assume liberal discourse, values, and norms have disappeared or are irrelevant to Arab societies and cultures, [this volume shows] clearly the opposite: that there exists a broad corpus of literature dealing seriously and comprehensively with liberal values, principles, policies, and strategies. This is a truly extraordinary contribution to a more balanced picture of what is really going on in the contemporary Middle East, particularly after 1967." - Israel Gershoni, Tel Aviv University, Israel

"This profoundly humanistic collection of essays reviews the many-faceted nature of liberalism in the post-1967 Arab Middle East, from both secular and 'Islamic' perspectives. The unsettling nature of new ideas and new discourses about liberalism, democracy, and human rights is clearly visible from the vigorous attempts to silence them on the part of regimes whose authoritarianism has alas not yet been quashed by the popular uprisings that have taken place since 2011." Peter Sluglett, Middle East Institute, National University of Singapore.