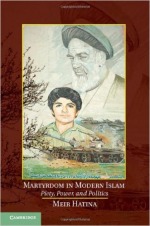 The Islamic resurgence in modern times has received extensive treatment in scholarly literature. Most of this literature, however, deals with the concept of jihad and disputes between radicals and their rivals over theological and political issues, and far less with martyrdom and death. Moreover, studies that do address the issue of martyrdom focus mainly on "suicide" attacks - a phenomenon of the late twentieth century and onward - without sufficiently placing them within a historical perspective or using an integrative approach to illuminate their political, social, and symbolic features. This book fills these lacunae by tracing the evolving Islamic perceptions of martyrdom, its political and symbolic functions, and its use of past legacies in both Sunni and Shi'i milieus, with comparative references to Judaism, Christianity, and other non-Islamic domains. Based on wide-ranging primary sources, along with historical and sociological literature, the study provides an in-depth analysis of modern Islamic martyrdom and its various interpretations while also evaluating the historical realities in which such interpretations were molded and debated, positing martyrdom as a vital component of contemporary identity politics and power struggles.